ReST store
How to set order your products in store


1. Set a sequence on Selling Details tab to order this product: This sequence will be used in "All" category

2. Set the sequences on Categories tab to set the order of this product in any categories: This sequences will be used in the corresponding categories You can always change the notification permissions for a site. You can also try or edit a ReST service here

To set up a sanity check for a ReST service, click the "Edit" button, and go to "Sanity" tab

Enter the additional path, and all parameters, the results section will show you the response status and response JSON Click "Add" button in the "Checks" section to add one check for this sanity check. Enter the JSON


Each CMS site could have one default article template, you can set it in the Admin tab of the site data entry screen.

Select Handlebars as the default article parser, then enter the handlebar template 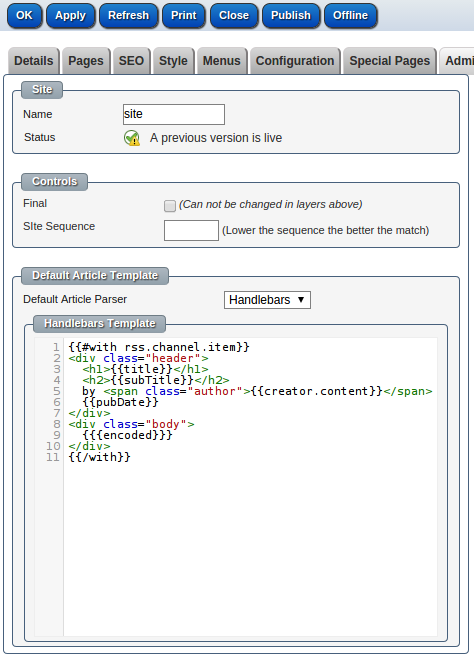 When you insert an article compoent in a page, it will look like:

When you have a E-Commerce store you need to define your shipping rates & rules. You'll probably want to configure more than one type of service, so that your customers can choose from a range of delivery costs. In particular, you should remember that it will cost you more to ship to some regions than others, so you're likely to need more than one shipping rate if you send products across long distances as well as locally.

The shipping rates will be likely based on the size and weight of the products to be shipped. The shipping


Go to Store/Products menu, edit the product you wish to show the RRP, go to Selling Details tab, enter RRP in Details section and check the "Show RRP" checkbox.

By checking "Use Live PayPal Server" checkbox, all purchases from the store will be real money transactions, uncheck this checkbox to use PayPal sendbox server (test server), no real money transfered. 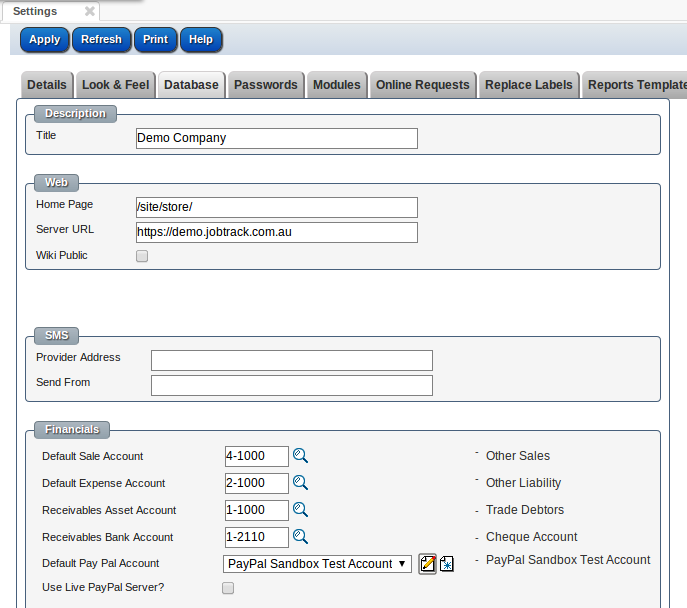 by:Lei Gao - 23 Apr 2014
Meeting invites now include an attachment with the event details.

When people are invited to your meeting a special file will be included in the generated email which can be imported into their mobile phone calendars so that they don't miss your special event.

A new responsive design for the main control panel.

Try out the Demo


A new template "Munter" has been added to our Content Management System (CMS). Munter is a very handsome Bootstrap 3 theme. Comes with beautiful features like a fixed arrows navigation, a nice portfolio showcase and a smooth scroll. 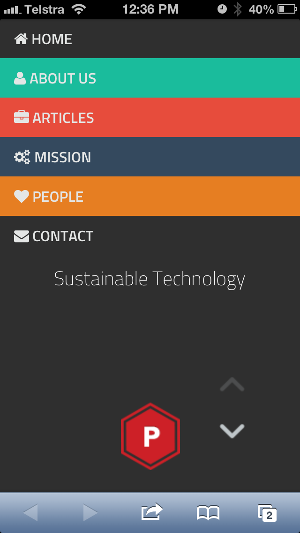 
A new template "grayscale" has been added to our Content Management System (CMS). This template is a fully functional, premium quality Bootstrap theme. It includes the following features:


The new Calendar is a full-sized, drag & drop calendar. It uses AJAX to fetch events on-the-fly for each month/week/day.

Select from the filters to change the date range and items displayed according to type, category, status and assign to. Items are tasks, events, sales opportunities or jobs which have been entered and scheduled to a day and time. You'll see items in the calendar. Click on the item to see the details of the item. You can switch between the calendar and timeline view any time.

We've listed some handy Calendar Tips at the

stSoftware's Forms is a web based designer

stSoftware's Forms is a web based designer that enables web forms to be created quickly and easily. Forms can then be consumed on most common mobile devices from the internet, anywhere and anytime. stSoftware's Forms are integrated with stSoftware's Workflow to automate business processes and deliver rich cloud applications. 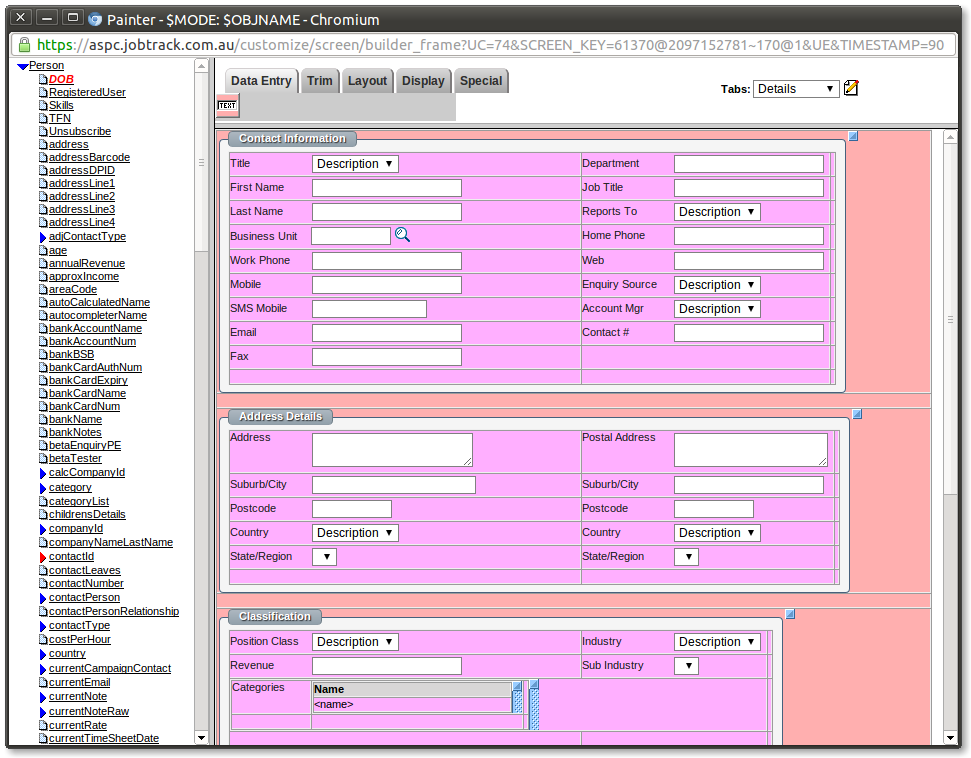 
When a HTML component is changed validations for the validity and for accessibility will be performed. 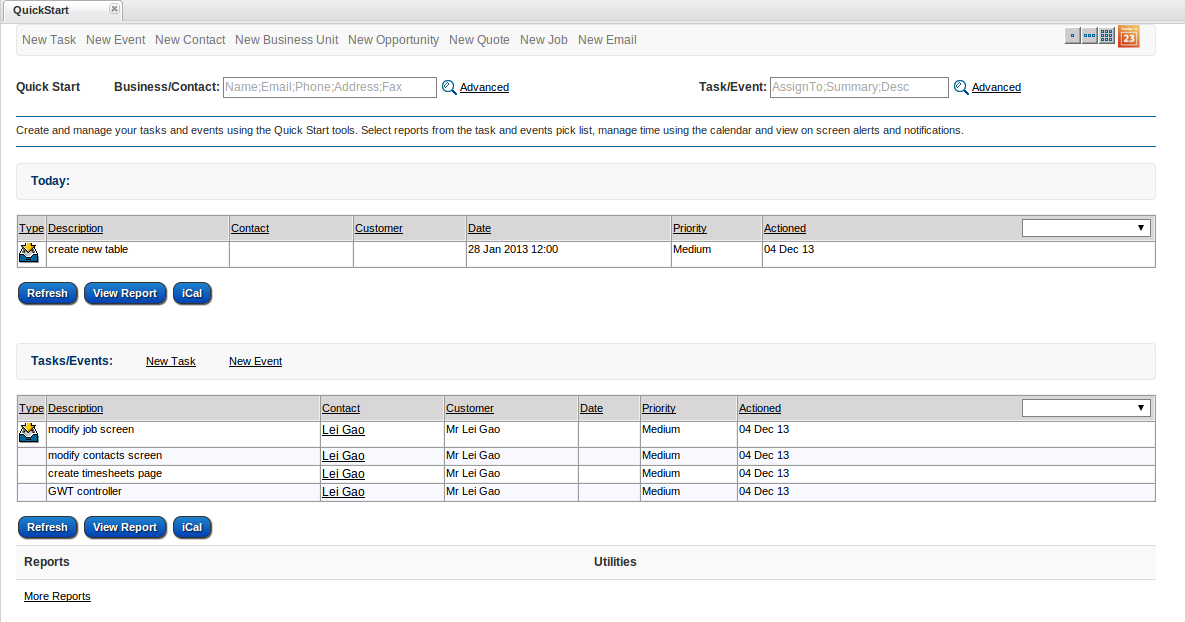 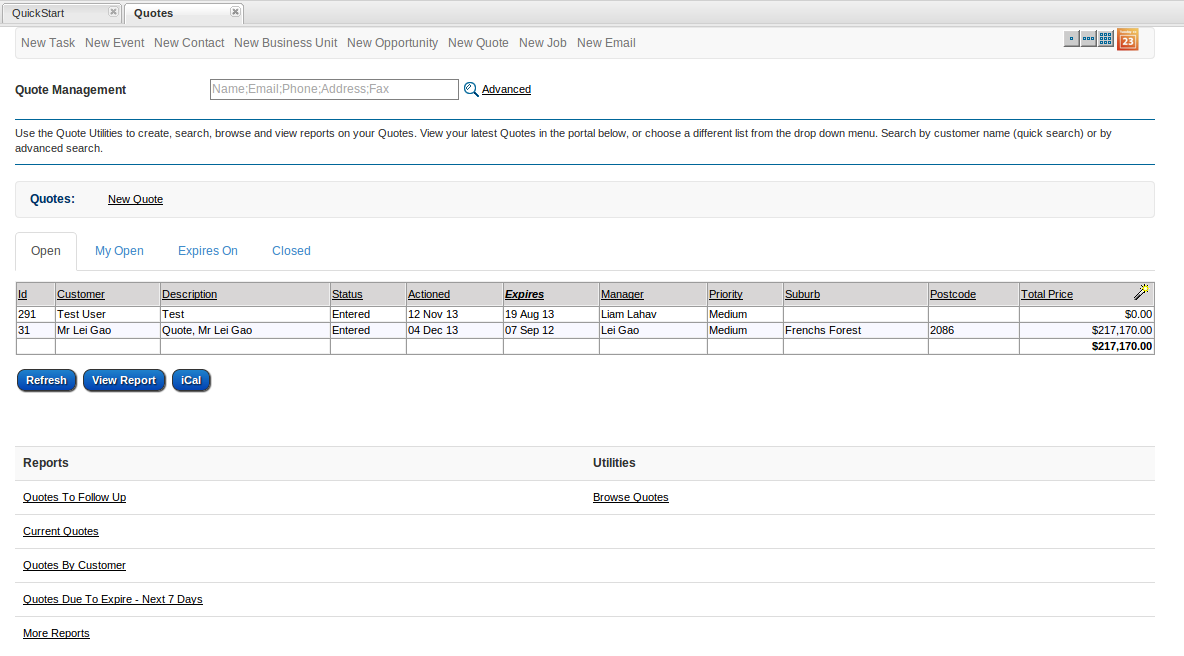 How to change the standard screen ? 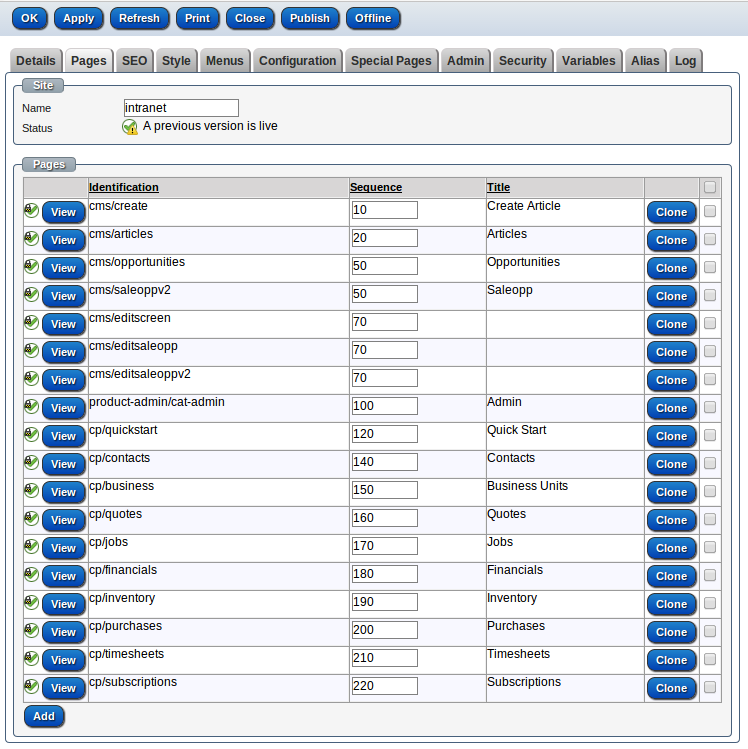 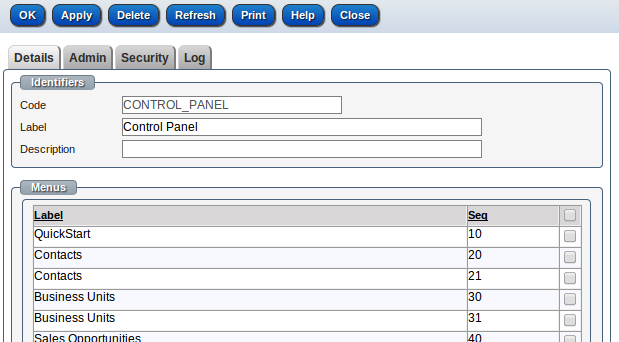 4. Open the QuickStart menu, change the 2. Enter the XML REST address in the Address field, and click "Go" button, the login dialogue pops up, use your ST system user name and password to login 3. You should see the XML below it once you login. 4.Click the little yellow array on the top left of the XML to select the XML to import, then click "Import" button 5. select the position to import the data and click "OK" button to import. 
You now can drag & drop to add attachments for emails, jobs, quotes and contacts.

Simply drag your files from your computer and drop them to the "Attachment" section in email compose screen.

You also can drag & drop files to tasks and quotes data entry screen to add them as attachments:

Note: you can't drop files in the text area. It will break the drag & drop function. You can close the browser window and open the screen again to do