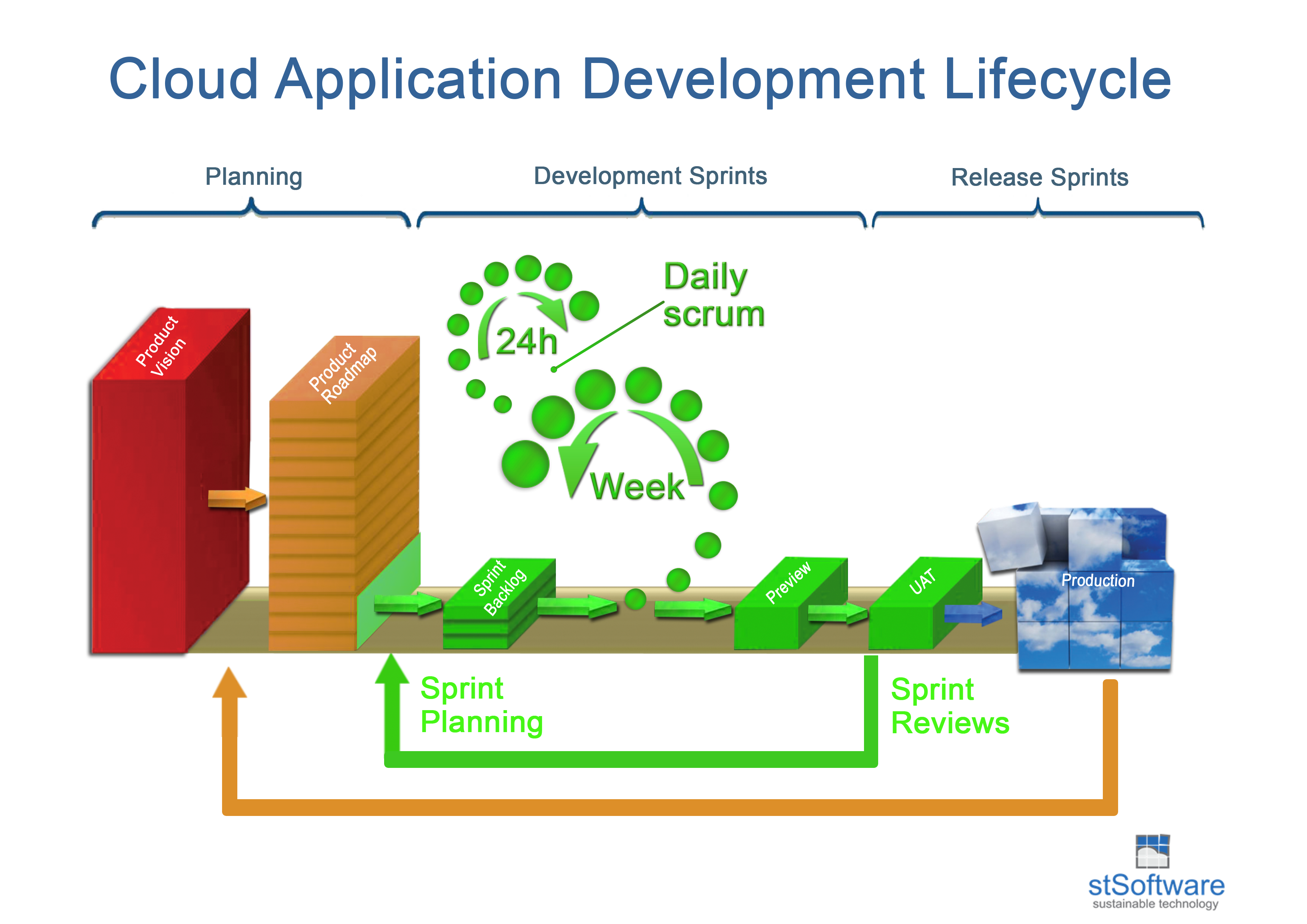 The stSoftware application life cycle consists of weekly incremental releases with stake holder planning and demostrations. The release cycle is two weeks from the planning phase to feature release, features are broken down into small enough tasks to be able to fit into the two week release cycle. This project management methodology is known as Agile/Scrum

Agile project management is broken up into three main phases:- The Agile Manifesto is based on twelve principles:

There are three main activities in the planning phase.

A sprint (or iteration) is the basic unit of development in the agile development lifecycle. The sprint is a "timeboxed" effort; that is, it is restricted to a specific duration. The duration is fixed in advance for each sprint and is typically one week.

Each development sprint is one week in length, a set of coherent tasks are taken from the "product roadmap" based on the priority given by the business user. The set of tasks "sprint backlog" including any dependencies are chosen to be a estimated week of total developer team effort.

When a feature set is completed and the automated tests ( ~6,000) for the whole system are clean the system build is released to the “preview” environment. A manual "smoke" test is done on the "preview" enviroment once released.

After the end of the "development sprint" the last incremental "preview" release with a report of the tasks completed is promoted to UAT environment.

At the Sprint Review Meeting:

At the Sprint Retrospective:

The "UAT" release is matured for a one week period. Business users are able to test the upcoming release in the UAT environment, if no regression issues are found then the UAT release is promoted into the "production" environment. Feature sets are disabled or reverted before promotion if required. The promoted “UAT” releases propergated throughout the production server cluster progressively using a rolling restart of each web server so that there is no visible outage of the system.